Okay... so it's been a while since I've looked forward to reading so many new releases in one month. I'm really excited! Two of them release tomorrow and I'll probably read the first one to arrive. There were originally six books I was just drooling over, but I read Bonds of Justice by Nalini Singh early, so here are the five left on my list. 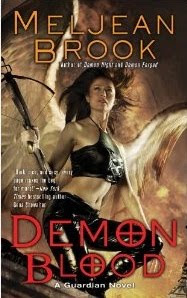 
Long before she was transformed into a Guardian and trained to fight demons, Rosalia knew darkness all too well. Raised by a demon, Rosalia learned to guard her heart—and her soul—until she found a man worthy of her love. Once, she thought that man would be the powerful vampire, Deacon…until he betrayed the Guardians.

After losing everything to the lies of a demon, Deacon lives only for revenge—and is taken aback when Rosalia offers to help. A vampire who has nothing—who is nothing—isn’t worthy of her attention. But Rosalia wants to do more than just look, and the explosive need between them can’t be held in check. And when Deacon’s vengeful quest creates a dangerous alliance of their enemies, she will be his only hope… 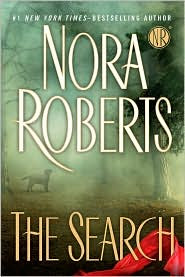 
To most people, Fiona Bristow seems to have an idyllic life-a quaint house on an island off Seattle's coast, a thriving dog-training school, and a challenging volunteer job performing canine search and rescues. Not to mention her three intensely loyal Labs. But Fiona got to this point by surviving a nightmare...

Several years ago, Fiona was the only survivor of the Red Scarf serial killer, who shot and killed Fiona's cop fiancé and his K-9 partner.

On Orcas Island, Fiona found the peace and solitude she needed to rebuild her life. But all that changes on the day Simon Doyle barrels up her drive, desperate for her help. He's the reluctant owner of an out-of-control puppy, foisted upon him by his mother. Jaws has eaten through Simon's house, and he's at his wit's end.

To Fiona, Jaws is nothing she can't handle. Simon, however, is another matter. A newcomer to Orcas, he's a rugged and in-tensely private artist, known for the exquisite furniture he creates from wood. Simon never wanted a puppy-and he most definitely doesn't want a woman. Besides, the lanky redhead is not his type. But tell that to his hormones.

As Fiona embarks on training Jaws, and Simon begins to appreciate both dog and trainer, the past tears back into Fiona's life. A copycat killer has emerged out of the shadows, a man whose bloodlust has been channeled by a master with one motive: to reclaim the woman who slipped out of his hands... 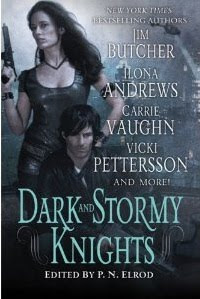 
It was a dark and stormy knight, and nine dark defenders embarked upon a most perilous quest….

They’re the ultimate defenders of humanity—modern day knights who do dark deeds for all the right reasons. In this all-star collection, nine of today’s hottest paranormal authors bring us thrilling, all-new stories of supernatural knights that are brimming with magic mystery and mayhem.

John Marcone sets aside his plans to kill Harry Dresden to go head-to-head with a cantrev lord in Jim Butcher’s Even Hand. Kate Daniels is called upon for bodyguard duty to protect Saimen, a shifter she trusts less than the enemy in Ilona Andrews’ A Questionable Client. Cormac must stop a killer werewolf before it attacks again on the next full moon in Carrie Vaughn’s God’s Creatures. And in Vicki Pettersson’s Shifting Star, Skamar gets more than she bargained for when she goes after a creature kidnapping young girls—and enlists the aid of her frustratingly sexy neighbor.

When everything’s on the line, will these knights complete their missions and live to fight again another day? Find out in Dark and Stormy Knights! 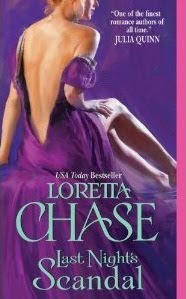 
After surviving the perils of Egypt, Peregrine Dalmay, Earl of Lisle, is back in London, facing the most dire threat of all: his irrational family . . . and Miss Olivia Wingate-Carsington. A descendant of notorious—but very aristocratic—swindlers, the delectable redhead has the ability to completely unhinge him and a long history of dragging him into her scandalous schemes.

Olivia may be Society's darling, but she's aware a respectable future looms menacingly. And so when Lisle is forced to go on a family mission, she sees this as the perfect chance for one last adventure—even if it is with the one man in the world she can't wrap around her finger. But really, she only wants to help . . .

Which is why Lisle and Olivia find themselves in a gloomy Scottish castle inhabited by spiteful ghosts and craven murderers . . . and a shocking secret: the greatest peril of all may be burning within their own stubborn hearts. 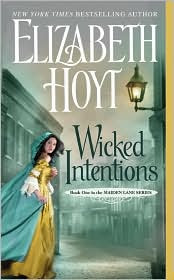 A MAN CONTROLLED BY HIS DESIRES . . .

Infamous for his wild, sensual needs, Lazarus Huntington, Lord Caire, is searching for a savage killer in St. Giles, London's most notorious slum. Widowed Temperance Dews knows St. Giles like the back of her hand-she's spent a lifetime caring for its inhabitants at the foundling home her family established. Now that home is at risk . . .

Caire makes a simple offer-in return for Temperance's help navigating the perilous alleys of St. Giles, he will introduce her to London's high society so that she can find a benefactor for the home. But Temperance may not be the innocent she seems, and what begins as cold calculation soon falls prey to a passion that neither can control-one that may well destroy them both.

A BARGAIN NEITHER COULD REFUSE

I think this is a pretty good mix: one paranormal romance, one contemporary romance suspense, one urban fantasy anthology and two historical romances. I just needed a good science-fiction romance in there to round it off. But wait! I'll be reading Susan Grant's new release Sureblood by August 1st, so that should do it. That's some great summer reading to look forward to, don't you think?

What books are you waiting for and can't wait to read this hot month of July?
Posted by Hilcia at 5:33 PM