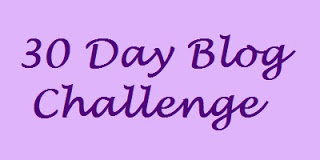 To begin, I'm posting three mini-reviews for Margaret Atwood's MaddAddam Trilogy. I read these books back in February. Luckily, although my blogging has been more than negligent this year, I've kept up the habit of writing notes as I read. The following minis are choppy at best, but will give you a general idea about the trilogy without giving away too many details or spoilers.

Interesting social SFF. Dystopian world as seen from a male character's perspective. Themes include: Big pharma, Big Corp, gene tampering, an overpopulated earth with declining resources, debauchery, and humanity at its worst, all presented on an overblown scale. All of the above lead to a sort of apocalypse driven by a man's vision of a Utopian future in an earth populated by genetically engineered humans.

All three main characters, Jimmy/Snowman, Crake, and Oryx, are unsympathetic. Crake is portrayed as a narcissistic, Machiavellian genius. Oryx is sly, with a history that could have made an impact. Yet, in the end, her portrayal comes off as vaguely superficial. And Jimmy, our narrator, is the dupe. Jimmy is portrayed as an overgrown child, pouting, whining, and avoiding responsibility and the truth throughout much of his life until he is left with no choices.

Flashbacks are utilized between present (post apocalyptic) and past events leading to the inevitable conclusion. Atwood emphasizes genetic engineering (human, fauna, and flora), as well as man-made drugs, pharmaceuticals, in this book, and in the trilogy as a whole. So, science plays a big role. Pacing is uneven with long slow sections mixed with action, interesting world-building, and an ambiguous ending.

I picked up the 2nd book, The Year of The Flood immediately after finishing this one to find out what may or may not happen to the narrator and main character Jimmy/Snowman, and the genetically engineered Children of Crake. 3.75 or B-

The Year of the Flood (MaddAddam, Book 2)

The Year of the Flood parallels the plotting found in Oryx and Crake from a different perspective. This time from a female point of view, utilizing two different narrators. Atwood again uses the flashback device to complete this side of the story and introduces new characters while including the already introduced Jimmy/Snowman and Crake, expanding the reader's knowledge of events and this world.

Slow pacing plagues this second book, as well as long sections of preaching about the evils of consumerism, control of the masses by Big Corp, manipulation by pharmaceutical companies, and the over consumption of natural resources by humanity as a whole. All this is presented to the reader through the narrators who are part of, and explore the philosophy and prophesies of a "green" cult / religion called God's Gardeners.

Events do move forward and some answers left dangling in Oryx and Crake are answered. Some characters such as Toby and Zeb, as well as Amanda, keep the reader going. There are beautiful sections in this very "green" volume, as well as some extremely violent ones. The pre-apocalyptic world is dystopian and as such it is not pretty or sanitized. Unfortunately for me, there is not much more to be said about Jimmy/Snowman at this point.

The reader is pretty much beat over the head with a hammer with the main themes. Atwood's writing style is accessible, so even though this is a long book with slow sections, it is not a dense read. Quite the opposite.

After finishing this book I went on to find out if Atwood finally addressed the after effects of the apocalypse by reading MaddAddam, the last book of the trilogy. 3.0 or C

Zeb's pre-apocalyptic story, his perspective as well as a few others, are utilized in MaddAddam. His journey also parallels some of the other story lines found in books 1 and 2 of the trilogy, and in this last book, flashbacks to pre-apocalyptic times serve to complete the world-building, as well as to tie up loose ends left over from Oryx and Crake and The Year of the Flood.

In MaddAddam there is hope, as what is left of human civilization begins adapting to the new world. All begins anew. The rest are the details of how the survivors, along with the Children of Crake, get there.

How do they get there? Well you'll find romance, violence, rape, harsh and deadly journeys, as well as a battle with Pigs as allies. There is humor, blue dick jokes, and a couple of psychopaths that wouldn't die! But, the main theme is survival through adaptation. Humanity's ability to go forward, live, love, protect, teach, learn. Survive.

The end is neither the garden of Eden found in the God's Gardeners' prophesies nor the Utopia planned by the nihilistic Crake. What's man's future? Answer: ? 4.0 or B