June has some good upcoming releases, certainly quite a few I'm looking forward to reading. I'm highlighting six books and including four genres in this post. And, as I've been remiss in highlighting LGBT books this year, I've chosen two for June. :D 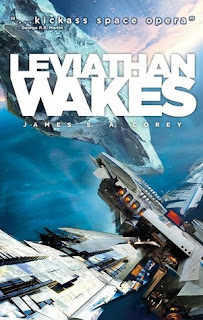 
Welcome to the future. Humanity has colonized the solar system – Mars, the Moon, the Asteroid Belt and beyond – but the stars are still out of our reach.

Jim Holden is XO of an ice miner making runs from the rings of Saturn to the mining stations of the Belt. When he and his crew stumble upon a derelict ship, The Scopuli, they find themselves in possession of a secret they never wanted. A secret that someone is willing to kill for – and kill on a scale unfathomable to Jim and his crew. War is brewing in the system unless he can find out who left the ship and why.

Detective Miller is looking for a girl. One girl in a system of billions, but her parents have money and money talks. When the trail leads him to The Scopuli and rebel sympathizer, Holden, he realizes that this girl may be the key to everything.

Holden and Miller must thread the needle between the Earth government, the Outer Planet revolutionaries, and secretive corporations – and the odds are against them. But out in the Belt, the rules are different, and one small ship can change the fate of the universe. 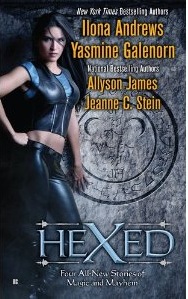 
Magic Dreams by Ilona Andrews
Old legends and frightening nightmares came to life in Magic Dreams. The shapeshifting Tigress Dali Harimau finds herself in deep water when she must challenge a dark being to a battle of wits, or risk losing the man she secretly longs for.

Ice Shards by Yasmine Galenorn
Iris Kuusi, a Finnish house sprite who lives with the D’Artigo sisters, must journey to the frozen Northlands to confront the crazed shadow of her former lover she’s accused of murdering, so she can break the curse keeping her from marrying the man she loves.

Double Hexed by Allyson James
It starts, innocently enough, with a leaky faucet. Janet calls her plumber, Fremont, to help fix a faucet in a guest room, when all hell breaks loose—literally. Blood sprays from the faucets and a message appears on the mirror in blood: “You are doomed.” Janet and her friends find themselves locked in her hotel, victims of a hex cast by a very powerful sorcerer. Cassandra, Janet’s Wiccan hotel manager, believes the sorcerer is one she’s come to Magellan to hide from, and he’s one of the most powerful entities in the world. As Janet and her friends frantically work to release the spell before the sorcerer kills them all, they realize that their worst enemies might just be themselves.

Blood Debt by Jeanne C. Stein
Bounty-hunter-turned vampire Anna Strong is visited by three witches who ask her to right an old magical wrong. Anna will have to live up to her name to make it through alive…

This anthology has magic, hexes, and Ilona Andrews contributed a story to it... 'nough said! LOL, no that's not all... just kidding. I've said before that I love reading anthologies to explore works by new-to-me authors. In this case, three of the four authors are new to me and I'm really looking forward to reading these novellas. 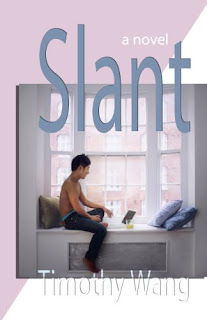 
James, an Asian college student who likes video games and romantic comedies, decides he's gay. With his intensely logical and linear MIT mind, he identifies all the parts of himself he believes are offensive to others, and methodically changes them one by one. In the pursuit of total self transformation--including body, skin, hair, clothes, personality, and behavior--James becomes completely lost and bewildered, having lost any trace of the person he once was. Along the way, he betrays himself several times for love, lust, and money--engaging in dangerous drug use and sex to please his first boyfriend, Stan, and manipulating his admirer, Michael, to pay for plastic surgery on his Asian eyes. After Stan dumps him, obsessed with love, he'll do anything to get Stan back...

This gay fiction novel just looks like it's going to be a really interesting contemporary read. Don't you think? This is Timothy Wang's debut novel and I'm looking forward to reading it. Love new writers. :) 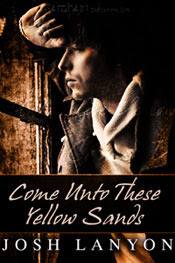 
Sometimes the adventure chooses you.

Lover of fine poetry and lousy choose-your-own-adventure novels, Professor Sebastian Swift was once the bad-boy darling of the literati. The only lines he does these days are Browning, Frost and Cummings. Even his relationship with the hot, handsome Wolfe Neck Police Chief Max Prescott is healthy.

When one of his most talented students comes to him bruised and begging for help, Swift hands over the keys to his Orson Island cabin—only to find out that the boy’s father is dead and the police are suspicious. In an instant, the stable life Swift has built for himself hangs on finding the boy and convincing him to give himself up before Max figures out Swift’s involvement in the case.

Max enjoys splitting an infinitive or two with his favorite nutty professor, but he’s not much for sonnets or Shakespeare. He likes being lied to even less. Yet his instincts—and his heart—tell him his lover is being played. Max can forgive lies and deception, but a dangerous enemy may not stop until Swift is heading up his own dead poet’s society.

I'm gloaming Josh Lanyon's work this year. I've already read quite a few of Lanyon's last release and backlist books this year, but a new release? Of course I'm going to read it! Plus this one has a nutty professor and a Police Chief in it. I looove nutty professors! :D 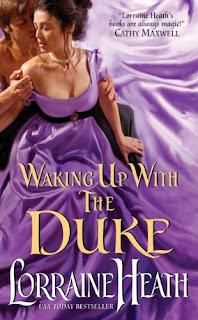 
They are masters of seduction, London's greatest lovers . . .

This is the Duke of Ainsley's story. I really enjoyed the first two books in this series and have quite curious about Ransom. But my goodness, this story sounds... hmm... interesting. No? 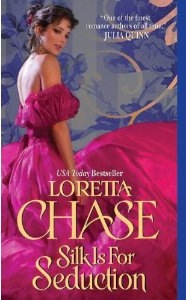 Silk Is For Seduction by Loretta Chase
Release Date: June 28, 2011


From the Design Book of Marcelline Noirot:
The allure of the perfect gown should be twofold:
ladies would die to wear it . . .
and gentlemen would kill to remove it!

The prize seems well worth the risk—but this time Marcelline's met her match. Clevedon can design a seduction as irresistible as her dresses; and what begins as a flicker of desire between two of the most passionately stubborn charmers in London soon ignites into a delicious inferno . . . and a blazing scandal.

And now both their futures hang by an exquisite thread of silk . . .

And the wonderful Loretta Chase has a new book releasing, so I have to read it of course. This from Loretta Chase's website:
"... summer brings a new series somewhat connected to the Carsington books. Three young women from an aristocratic and thoroughly disreputable family (imagine Olivia's distant Dreadful DeLucey cousins), use talent, imagination, wile, and guile to try to succeed in business in London. The first story opens in Paris in 1835, during Longchamp, when the ultimate in high fashion is on display. There will be fabulous clothes, gorgeous men, and devious, ambitious women."

I love that this is the beginning of a new trilogy from Ms. Chase and I can look forward to reading at least two more books. Yes!

❧❧❧❧❧❧
Those are my highlights for the month of June. How about you? What books are you looking forward to reading next month?
Posted by Hilcia at 8:48 PM