April! What a long month! I read and read and read... it felt wonderful to be able to read like that again. My schedule remains the same at work (busy), but I've basically slotted in time to read and blog into my calendar and things are working out for me. Reading time relaxes my mind and is very important to me personally, so I'm feeling quite relaxed this month. LOL! 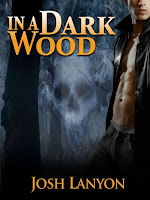 And this Month's C's:

That's a LONG post for a long reading month! A happy one for me, although as you can see it was a mixed bag when it came down to grades. However, thinking about it... there wasn't one single book that I disliked terrible, and although there were quite a few average reads in the bunch there were more solids and some outstanding reads that I just loved!

ETA: The books are listed by grade, and then by how much I enjoyed each book compared to the rest. Tough decisions!
Posted by Hilcia at 1:46 PM