I'm only half way through my list for the M/M Romance Reading Challenge and must finish by August 31st, so I better hurry. I did manage to read two short pieces under the New-to-Me Author category. I've had this author on my list for a while and decided to give her shorts a try during this challenge. So, today I'll be featuring, Angela Benedetti.

In The Driver's Seat by Angela Benedetti 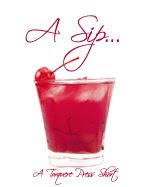 Brian Stokes is looking for a new bed mate after his latest bed-buddy leaves him for a permanent partner. Benedetti draws Brian as a good looking and arrogant male used to having his own way. He's not interested in serious relationships, but would like to have someone who at least knows his likes and dislikes. He knows it won't take him long to find someone new... but, the gym where he works has the same faces and bodies -- been there, done that.

Brian walks in the locker room and notices someone fresh and different. Val turns out to be an old acquaintance. He worked at the gym during summers as a teenager and Brian was a kind of mentor to him back then. Things have changed.

Val is now a grown up man with assets that won't quit and Brian wants him on the spot. He figures he can teach Val a thing or two between the sheets and is surprised when Val seems reluctant -- but a date is on. Brian is in for an unexpected, if ultimately, pleasant surprise. The question becomes; who will be giving the lesson and who will be receiving it? Who will give and who will take?

M/M Erotica, D/s: Hot B+
You can read an excerpt for In the Driver's Seat here. 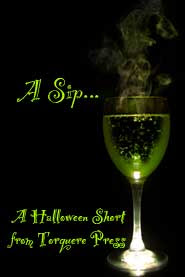 Take an old gentleman who mixes magic into his yearly Halloween supply of home made peanut brittle. Stir in a single father who takes his boy trick-or-treating, and throw in a gorgeous co-worker who lives in the area. There you have the recipe for Candy Courage.

Our main character Glen Bellamy is a single father who recently moved to the neighborhood. He and his son Georgie are out trick-0r-treating when they come by Mr. Fiorentelli's old home. The peanut brittle Mr. Fiorentelli gives the kids smells wonderful, but it is not store bought, so Glen is not about to let Georgie eat it -- that doesn't mean he himself can't have it.

A couple of more blocks and they unexpectedly reach the home of Neal Sampson. He is Glen's hot and smart co-worker, and he has a bit of a lusty crush on him. To his own surprise, Glen flirts and aggressively makes a date with Neal for the following day. Will Glen continue to have the courage he needs to approach Neal once the magic wears off? Will his shyness allow it?

I found this short Torquere Halloween Sip by Ms. Benedetti to be a sweet, hot read. She captured a moment, the consequences and its possibilities quite well.

M/M Erotica: Quick, Enjoyable, Sweet B-
You can read an excerpt for Candy Courage here.

In conclusion, I enjoyed both stories by this new-to-me author. These were both short reads but I found them to be solid. I'm looking forward to reading longer books from Ms. Benedetti. You can visit her here.

Originally posted at Musings of a Bibliophile on June 26, 2009
Posted by Hilcia at 3:38 PM

Email ThisBlogThis!Share to TwitterShare to FacebookShare to Pinterest
Labels: Angela Benedetti, Grade B, M/M, Musings of a Bibliophile, Reviews