I have some personal news for you today. I started a new job this week and I'm excited! As with all changes, I'll need to make some adjustments to my routine. However, even if I slow down a bit during this first month with my new job, I will continue to read and share my impressions with you.

Today, I want to share three December releases I did not include in my original list of "must reads" for the month. Three books by very different authors in different genres: 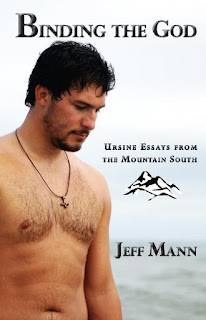 
A much lauded essayist and poet, Jeff Mann writes of the passion and pain of being a Southern gentleman who happens to be invested in many worlds: the hungers of gay Bear culture; the propensities of leather and bondage; the frustrations of academia; and the perspectives of an Appalachian who has traveled the world. In Binding the God, his second collection of essays, Mann offers readers another tour of his consciousness and experiences. This volume includes essays previously published in Arts and Letters, Second Person Queer, Callaloo, Now and Then, White Crane, Queer and Catholic, and other journals and anthologies. 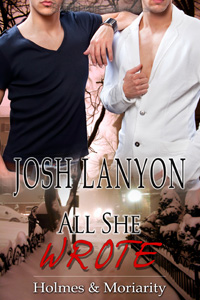 All She Wrote: Holmes and Moriarity, Book 2 by Josh Lanyon
Release Date: December 28, 2010


A murderous fall down icy stairs is nearly the death of Anna Hitchcock, the much-beloved “American Agatha Christie” and Christopher Holmes’s former mentor. Anna’s plea for him to host her annual winter writing retreat touches all Kit’s sore spots—traveling, teaching writing classes, and separation from his new lover, J.X. Moriarity.

For J.X., Kit’s cancellation of yet another romantic weekend is the death knell of a relationship that has been limping along for months. But that’s just as well, right? Kit isn’t ready for anything serious and besides, Kit owes Anna far too much to refuse.

Faster than you can say “Miss Marple wears boxer shorts”, Kit is snooping around Anna’s elegant, snowbound mansion in the Berkshires for clues as to who’s trying to kill her. A tough task with six amateur sleuths underfoot. Six budding writers with a tangled web of dark undercurrents running among them. Slowly, Kit gets the uneasy feeling that the secret may lie between the pages of someone’s fictional past. Unfortunately, a clever killer is one step ahead. And it may be too late for J.X. to ride to the rescue.

Warning: Contains one irascible, forty-year-old mystery writer who desperately needs to get laid, one exasperated thirty-something ex-cop only too happy to oblige, an isolated country manor that needs the thermostat cranked up, various assorted aspiring and perspiring authors, and a merciless killer who may have read one too many mystery novels. 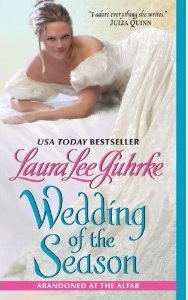 Wedding of the Season: Abandoned at the Altar by Laura Lee Guhrke (Book 1)
Release Date: December 28, 2010


Abandoned at the altar . . .
Lady Beatrix Danbury had always known she would marry William Mallory. She'd loved him forever and she'd never doubted he loved her, too. But when she made him choose between their life together or his lifelong dream, Will chose the latter . . . and left two weeks before their wedding.

Return of the duke . . .
Will has no illusions that Beatrix would welcome him back with open arms, but six years did not dim his love or desire for her. The only problem is, she's about to marry someone else. Someone safe and predictable . . . the complete opposite of Will. But can he stop the wedding of the season and win Beatrix back, or is it just too late?