I only have two new releases in my list for the month of September, so I've decided to combine my list for September and October and as you'll see it's a small one at this point.

I would like to highlight a book I previously neglected to mention, a book that I've been waiting for with bated breath -- KILLBOX by Ann Aguirre!

I had this book down as a September 2nd release and didn't realize somewhere along the way the date changed and it turns out the book releases today, August 31st! So, I'm getting my Sirantha Jax and Science Fiction/Romance fix a few days early. I cannot wait to read this book!

The rest of the books I'm looking forward to reading are a mix of Urban Fantasy, Paranormal Romance, Steampunk, Young Adult Fantasy and Historical Romance. 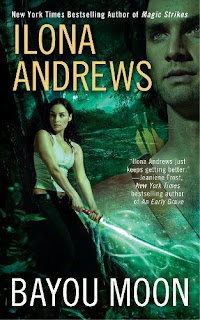 
Cerise Mar and her unruly clan are cash poor but land rich, claiming a large swathe of the Mire, the Edge swamplands between the state of Louisiana and the Weird. When her parents vanish, her clan’s long-time rivals are suspect number one.

But all is not as it seems. Two nations of the Weird are waging a cold war fought by feint and espionage, and their conflict is about to spill over into the Edge—and Cerise’s life . William, a changeling soldier who left behind the politics of the Weird, has been forced back into service to track down a rival nation’s spymaster.

When William’s and Cerise’s missions lead them to cross paths, sparks fly—but they’ll have to work together if they want to succeed…and survive. 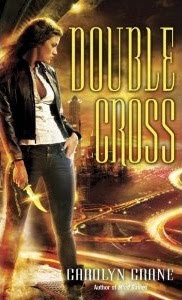 
SOME SECRETS COME BACK TO HAUNT. OTHERS COME TO KILL.

Justine Jones lived her life as a fearful hypochondriac until she was lured into the web of a mysterious mastermind named Packard, who gifts her with extraordinary mental powers—dooming her to fight Midcity’s shadowy war on paranormal crime in order to find the peace she so desperately craves.

But now serial killers with unheard-of skills are terrorizing the most powerful beings in Midcity, including mastermind Packard and his oldest friend and worst enemy, Midcity’s new mayor, who has the ability to bend matter itself to his will.

As the body count grows, Justine faces a crisis of conscience as she tests the limits of her new powers and faces an impossible choice between two flawed but brilliant men—one on a journey of redemption, the other descending into a pit of moral depravity. 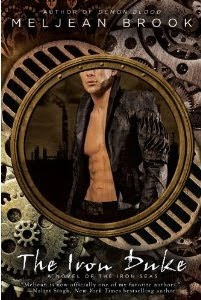 
First in an all-new series where seductive danger and steampunk adventure abound in the gritty world of the Iron Seas. 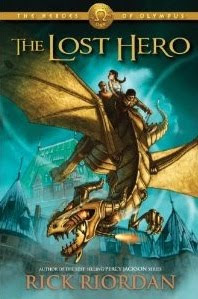 The Heroes of Olympus, Book One: The Lost Hero by Rick Riordan
Release Date: October 12, 2010


After saving Olympus from the evil Titan lord, Kronos, Percy and friends have rebuilt their beloved Camp Half-Blood, where the next generation of demigods must now prepare for a chilling prophecy of their own:

Seven half-bloods shall answer the call,
To storm or fire the world must fall.
An oath to keep with a final breath,
And foes bear arms to the Doors of Death.

Now, in a brand-new series from blockbuster best-selling author Rick Riordan, fans return to the world of Camp Half-Blood. Here, a new group of heroes will inherit a quest. But to survive the journey, they’ll need the help of some familiar demigods.

A Christmas Promise by Mary Balogh
Release Date: October 26, 2010
(First released in 1992 as a Signet Regency)


Weddings are supposed to be joyous occasions—especially when a couple seems as well matched as Randolph Pierce, Earl of Falloden, and his bride-to-be, Eleanor Transome. Ellie brings to the marriage a vast dowry, while Falloden, though distant, is handsome, tremendously desirable, and possessed of a title most young ladies can only dream of sharing.

What are you looking forward to reading in September and October? Any good suggestions?
Posted by Hilcia at 2:02 PM