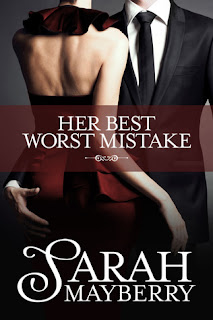 She thinks he's stuffy. He thinks she's spoilt.
Then the gloves come off and so do their clothes!

For six years Violet Sutcliffe has known that Martin St Clair is the wrong man for her best friend. He's stuffy, old before his time, conservative. He drives Violet nuts - and the feeling is entirely mutual. Then, out of nowhere, her friend walks out just weeks before her wedding to Martin, flying to Australia on a mission of self-discovery. Back in London, Violet finds herself feeling sorry for suddenly-single Martin. At least, she tells herself it's pity she feels. Then he comes calling one dark, stormy night and they discover that beneath their mutual dislike there lies a fiery sexual chemistry.

It's crazy and all-consuming - and utterly wrong. Because not only are they chalk and cheese, oil and water, but Martin once belonged to her best friend. A friend Violet is terrified of losing. What future can there be for a relationship with so many strikes against it?


I loved this story of opposites attract by Sarah Mayberry. The initial give and take dialog alone was worth picking up Her Best Worst Mistake, but what kept me reading were the characters, emotions, and hotness that followed.

Martin is engaged to Elizabeth and Violet is Elizabeth's best friend. Violet thinks Martin is a boring, stuffed shirt and he thinks she's an attention getter and disapproves of her revealing wardrobe and loud ways. She thinks he's the wrong man for her best friend, and they both grate on each other's nerves, badly.


How do I dislike thee, let me count the ways.

When Elizabeth walks out on Martin a few weeks before the wedding and leaves for Australia to find her father and self-fulfillment, Violet finds herself constantly thinking about Martin, and believing that what she feels for him is pity seeks him out with a gift to make him feel better -- a bottle of schnapps. Of course Martin doesn't take what he sees as Violet's gloating well at all, particularly since she has been his nemesis for six years, and what begins as a rare good will move from Violet ends up in a great scene where the gloves come off!

Later, Martin gets a bit tipsy from drinking schnapps and begins to wonder why Violet chose this particular drink as a gift. He realizes that a year ago at a bar he tried schnapps and loved the taste of it, then remembers that Violet was there wearing a sparkly purple dress, too short and showy as always and . . . purple stilettos. Then it hits him, a year ago . . . and he remembers?


As though he'd opened a floodgate within himself, a storehouse of Violet-tinged memories fell out. The fact that she hated escargot but adored truffles. The fact that she'd once queued for days to buy tickets for a George Michael concert. The fact that she absolutely refused to learn the names of any players for any of the country's football teams, even though it required a concerted effort to forget the headlines and news reports focusing on the country's national obsession.

The fact that she rarely wore a bra, leaving her small breasts free to bounce with the sway of her walk.

A slightly tipsy Martin goes to Violet's place to find out why she gave him that bottle of schnapps, and then phew . . . all that hostility and aggression turn to burning passion as the two wind up on Violet's couch and stick-in-the-mud, Droopy Drawers Martin melts the heck out of Violet with all that heat! Violet immediately feels guilty about having slept with her best friend's ex and goes on a loop of the "I can'ts, I shouldn'ts, but I can't help myself " blues. At this point, Violet's guilt and inability to come clean with Elizabeth become the main conflicts of the story. There's a good resolution in the end, however, although there are valid reasons behind Violet's guilt, this conflict becomes the story's weakness, as the thread becomes repetitive after a while and drags out for too long.

Martin and Violet's relationship as it turns from hostility to passion and finally love is a great ride. They become obsessed with each other. There's great chemistry between Martin and Violet as a couple. However, although there are lots of those sex scenes in this story, Mayberry fully develops the romance and the characters, and by the end, we know that Martin is not just a "sex god" (as Violet refers to him), but also a good man, a sweetheart, her knight, and the one just for her, and that strong, gutsy, beautiful Violet is the woman that was meant for Martin all along.

Her Best Worst Mistake is only 155 pages long, yet when done it feels as if this contemporary romance is a much longer read. As it is often the case, this is due to Mayberry's excellent characterization, a plot that is focused on the main characters and offers emotional and amusing moments, excellent dialog, and some extremely hot scenes! A highly enjoyable contemporary romance by Ms. Mayberry.