Hey, it's Earth Day! The one day per year that serves as a reminder that we all share a beautiful planet we need to care for. Check out earthday.org for information about their "Green Cities Campaign" -- learn, act, impact! 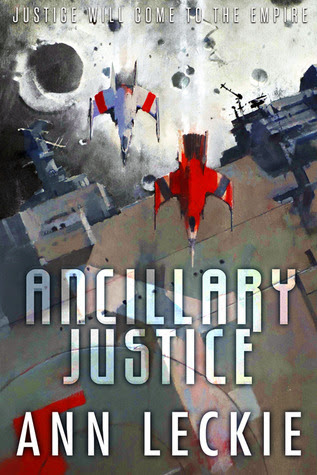 It's April, so it's also time for awards and/or nominations. In the science fiction realm, both are making a big splash at the moment. The British Science Fiction Award (BSFA) winners were announced and the winner(s) for Best Novel were Ancillary Justice by Ann Leckie (Orbit) tied with Ack Ack Macaque by Gareth L. Powell. I've only read the Leckie novel but it is a favorite. 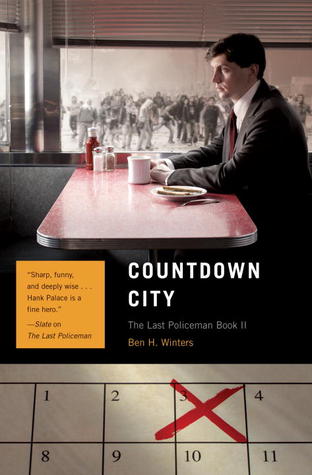 And, Countdown City by Ben.H. Winters (Quirk Books) won the 2014 Phillip K. Dick Award for distinguished original science fiction paperback. This award is sponsored by the Philadelphia Science Fiction Society and the Philip K. Dick Trust. Countdown City is the second book in Winter's The Last Policeman trilogy. So far I've really enjoyed the first two books and am waiting impatiently for the last one, World of Trouble, to arrive at my doorstep!

Last, but certainly not least, the Hugo nominations have been announced and I'm looking forward to the final results in a few categories. I've only read one book from those nominated: Ancillary Justice by Ann Leckie in the Best Novel category, and I have one of the nominees for Best Novella in my TBR, Wakulla Springs by Andy Duncan and Ellen Klages, so I don't have a lot invested, but made a list of books to read instead.

However, I'm dying to find out who wins for Best Professional Artist -- I'm a big Dos Santos fan, although this year I'm leaning toward Julie Dillon. I'm also excited to see two long-time favorite Fanzines as finalists: A Dribble of Ink with Aidan Moher and The Book Smugglers with Ana and Thea. Finally, I always enjoy reading what Foz Meadows has to say at Shattersnipe: Malcontent & Rainbows, so I'm glad she's on the list under Best Fan Writer. Congratulations to all! See complete list of nominees here.

----------
Speaking of nominations, Weightlessbooks.com is offering a sale on digital copies of all eight Lethe titles nominated for the 2014 Lambda Literary Awards. If you're interested, click here to buy them at $4.99 each. I took advantage and purchased one of the two books from that list I missed reading last year, Like Light for Flies by Lee Thomas.

----------
Personal bookish news: I'm still going through a serious reading "slump." At the moment I'm just reading short stories, here and there, from different anthologies. But so far, I have only finished four books during the entire month of April although I've started reading countless books. I'm really frustrated at this point and don't know what to do. Rereading is not working, neither is adding new books to my TBR (been there, done that!) I'm just going to relax about it and continue to read what grabs me. Hopefully that will work sooner or later.