There are SO many upcoming LGBTQ releases or books already released that I want to read! Some of the books on my ever growing, greedy list are already in my Kindle and others will be as soon as they release. Here are just a few: 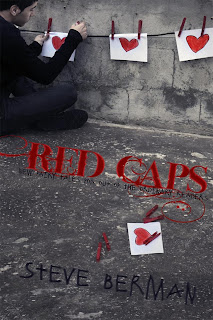 Red Caps might be a rock band. Or they might be something more sinister, a fey source of sounds that are but the backdrop to thrills and misadventures. These thirteen stories provide readers jaded with the traditional, Old World fairy tales and tempts them with new stories that will engage bored readers from their suburban ennui. Closets are waiting to be explored. Escape from work camp leads to a dangerous encounter on a wet road. That high school year book is magical and might be mocking you...or helping you find love. And isn't love one of the central premises of the fairy tale? These teenage boys and girls need not fear that their love has no worth, because Steve Berman has written for them princesses who love maidens and adorkable students who have wondrous and smart boyfriends. Readers can be assured that, if the tale does not end happy, it ends most memorably.

This is a new gay Young Adult speculative fiction collection written by Steve Berman. Berman wrote Vintage: A Ghost Story, a book that is loved by many and considered a classic LGBTQ YA read. I'm really looking forward to reading this one! 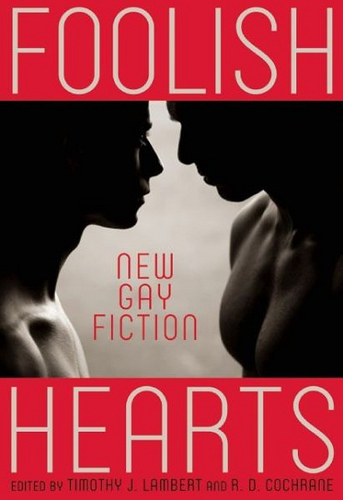 Okay, I don't have a blurb for Foolish Hearts yet. But, I couldn't wait to highlight it because this is a sequel to one of my favorite anthologies, Fool for Love: New Gay Fiction. I have been stalking Becky Cochrane's blog ever since I found out this anthology was on the planning stages. Well, it's going to happen. There's a cover, a release date, and finally, a list of the contributing authors:

I am really psyched about this anthology! It's all about the lurv...

ALREADY IN MY KINDLE:

Set in New York City in the late 1990s, a young gay man wanders from bed to bed, creating a life of drug use and sexual conquest to avoid emotional intimacy, his desire focused exclusively on Asian men.

Cardamone is a favorite speculative fiction writer, but with this book he goes into a totally different direction. There is a review in amazon that calls it "filthy/gorgeous" and another one at the Lambda Literary site that makes it sound like an outstanding read. Just what I have come to expect from Cardamone.

Men of the Wild West indulge in far more than drinking and gunplay. Cattle drovers, gamblers, miners, outlaws, and the lawmen who chase them rub up against each other in towns where law is thin and a saloon occupies every corner. How could they not indulge in sex? This collection of Western erotica brings to life the intensely masculine Old West in stories such as “Brazen,” in which a man indulging in sexual gratification beside his campfire welcomes a stranger to further indulge; “Thyself A Man,” in which a preacher attempting to save souls in a gold rush camp loses his own through sexual indulgence; “Gandy Dancer,” which shows building the transcontinental railroad involves more than laying track; “Crack Shot,” in which a lawman cannot resist his prisoner; and “Picture Show,” in which the past comes alive as two former lawmen who were once lovers reunite on a silent movie set.

Lovely Ms. Chase whose western gay erotica I absolutely adore! Of course I picked up this collection immediately. I'm so glad I'll have so many of her great stories in one volume and hope to find new favorites to reread over and over again. :D

A panicked call from his ex-wife summons Ken Nicholson back to New Orleans, where his son has been attacked and left for dead. While his child's life hangs in the balance, Ken endures visions connected to a terrifying time from his past. As a teenager, he witnessed the brutal deaths of several young men, an act orchestrated by his benefactor, Travis Brugier. Following the shocking spectacle, Brugier kills himself before Ken's eyes. Now, decades later, someone wants Ken to remember, wants Ken to return to those violent days.

With the lives of his estranged family and his lover, David, threatened, Ken has no choice but to follow his nightmares back to their origin. There he will battle a corrupt and powerful being that believes every life is a story to be captured and rewritten, a being that doesn't believe in happy endings.

Welcome back to Wonderland.

My expectations of a Lee Thomas novel or novella are rather high at this point. He is such a talented writer. The Dust of Wonderland is Lee Thomas's latest novel and I'm hoping to sink my teeth into it soon, soon, soon!

Also added to my Kindle: What Comes Around by Jameson Currier (Chelsea Station Editions, 2012), Love, Christopher Street: Reflections of New York City ed. by Thomas Keith (Vantage Point, 2012) , and On the Clock by Chris Owen (Torquere Press, July 17, 2013).
Posted by Hilcia at 12:48 PM