It's time to highlight a few upcoming 2012 new releases. There are quite a few upcoming historical romances releasing within the next few months that I'm really looking forward to reading. Here are just a few of them, beginning with the end of February and ending with May 2012. 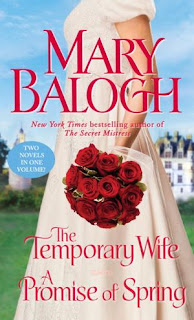 
In two classic tales of Regency-era romance from New York Times bestselling author Mary Balogh, the vagaries of love have a way of challenging the most convenient arrangements.

THE TEMPORARY WIFE
Miss Charity Duncan has no illusions about Lord Anthony Earheart’s proposal. The arrogant aristocrat has made it painfully clear what he wants: a wife who will enrage the father he despises and then disappear from his life. In exchange, Charity’s family will receive the money they desperately need. But after Charity agrees to this mockery of matrimony, she soon discovers a startling fact: She has fallen for Anthony, and breaking their marriage vows may also break her heart.

A PROMISE OF SPRING
Grace Howard has every reason to be devoted to Sir Peregrine Lampman. After all, the gallant gentleman rescued her from poverty by making her his bride. Even more nobly, he did not withdraw his affection after she confessed to a youthful folly that had compromised her virtue. But Grace did not tell the whole truth about the handsome lord who betrayed her—and now the one thing she’s kept from Perry threatens to destroy her last chance at true love.

The Temporary Wife (1997) and A Promise of Spring (1990) were originally released by Signet. They have been out of print forever! Dell is re-releasing both of those books under one cover, and as I'm a Balogh fan, this is a "must buy/must read" for me. 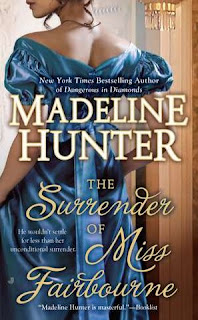 
A woman running a prestigious London auction house? Preposterous! But that is exactly what Emma Fairbourne intends to do when her father dies, leaving her the reins of this fabulous enterprise. Of course, she is not addlepated enough to do this openly and scare away her wealthy collectors. So she and her friend concoct a deception, hiring a handsome and charming front man who will do her bidding...

All would have proceeded smoothly--if it weren't for the maddening interference of Darius, the arrogant Earl of Southwaite, who has been her father's "silent partner" and now shares ownership of Fairbourne's. An earl, of course, has no interest in running an auction house--and Darius is certainly not interested in allowing the lovely Miss Fairbourne to run it either, her ludicrous scheme notwithstanding. Clearly the business must be sold.

But the headstrong Emma is like no other lady he has ever encountered, refusing to follow his dictates. Holding his temper in check, Darius decides to attack on a different front. There is another way to achieve her surrender, one far more pleasurable for both of them...

I like Madeline Hunter's books. It has been a while since I read any of them, although I do have a few of them in my "to be read" pile. But this is an opportunity to begin with the first book of a new series. I'm getting on the bandwagon. 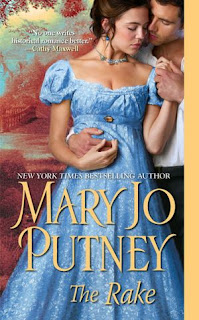 
Fate has given a disgraced Rake one final chance to redeem himself--by taking his place as the rightful master of an ancestral estate. But nothing prepares him for his shocking encounter with a beautiful lady who has fled a world filled with betrayal. Now he will awaken in her a passion more powerful than anything she has ever known--a passion that can doom or save them both if they dare to believe.

Here's another re-release! The Rake is one of Mary Jo Putney's most popular books. This book was originally released by Super Regency Signet in 1989 under the title "The Rake and the Reformer." It won the Romance Writers of America RITA Award for Best Romance in 1990. The book has been re-released since then under the title The Rake, and now it's coming out again. I don't own this book, so I'm definitely getting this new version of the old classic. :) 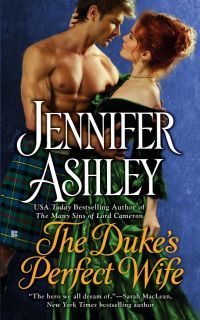 
Lady Eleanor Ramsay is the only one who knows the truth about Hart Mackenzie. Once his fiancee, she is the sole woman to whom he could ever pour out his heart.

And.... yay! Hart's book is coming! Am I going to miss the fourth book about the Mackenzie brothers? No way! I've liked Hart from the beginning and can't wait to find more about him. Plus I really liked Lady Eleanor in the last book. I'm curious, really curious. This is a "must read" for me. 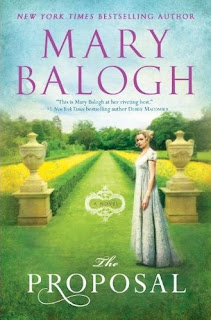 Title: The Proposal by Mary Balogh
Release Date: May 1, 2012


In Mary Balogh’s engaging and seductive new novel of drama and romance, a woman comfortable in her solitude allows temptation to free her heart, when a daring war hero shows her how truly extraordinary she is.

Mary Balogh is coming out with a new book, and I will not miss reading The Proposal. This is a long summary! It's about a Lady and a soldier. Ms. Balogh likes her soldiers and I love the way she portrays them. I will be looking for a fresh approach to her portrayals. I'm really looking forward to this book. :)