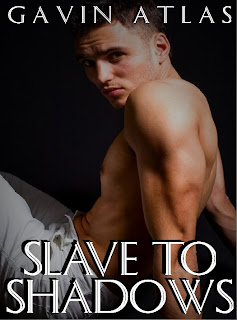 Rafael, a gorgeous and promiscuous bottom boy, has always been the favorite of every top in his town. However, Rafael knows he won't be young forever, and a part of him wants more than just night after night of giving up his rump to an endless array of men. Worse, a psychic predicted that if Rafael didn't find love by the time he turned twenty-eight, he would never have anything more than meaningless sex.

When the eve of his twenty-eighth birthday arrives, Cavan, a mysterious and handsome stranger, strips Rafael naked at a popular club and abducts him. Cavan is the most dominant and talented top Rafael has ever experienced, but he even has more to offer. Cavan is a vampire, and he desires to make Rafael his eternal bottom slave. Cavan has the power to keep Rafael young, beautiful and healthy forever, but he requires the one thing Rafael has never been capable of: monogamy.

Will Cavan's unstoppable lust and unceasing love make Rafael give up what he craves most for one man?

This month I am featuring one M/M author.  Gavin Atlas has been writing since the fifth grade, but started writing erotica in 2004 and was first published in 2007. His stories, Claiming Danny and Simple and Easy were bestsellers for Forbidden Publications. He also has stories in anthologies: Cleis Press - Hercules to the Rescue in Hard Hats and Blue Star Boy in Surfer Boys; Alyson Books - The Only Bottom for a Thousand Miles in Island Boys and Business with Pleasure in Ultimate Gay Erotica 2009; and from Ravenous Romance Which Way to Dominance in How The West Was Done. His short story, La Playita is available at All Romance eBooks.

The first piece I read by Gavin Atlas was Wet Pass. It's a short story about a single encounter between an Olympic Water Polo player and a journalist. The encounter takes place in the locker room when the journalist goes to do an interview -- hmmm.... what an interview! Explicit and hot, this piece is definitely not romance, but raw erotica. A short hot piece that definitely gave me a taste of Mr. Atlas' raw style.

Which Way to Dominance in the How the West Was Done Anthology is a short piece that I found to be disturbing but also one that made me think -- it stayed with me. I know that I discussed this short story with friends more than other M/M novels. I reviewed this piece. 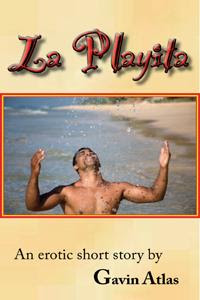 After a recent breakup, Jamie a college student who has always escaped boring life through books, travels to the warmth of Costa Rica. His fantasies about surf and sand and boys, of course, may just come true thanks to some very friendly local waiters.

La Playita has received many accolades and comes highly recommended. This book and Mr. Atlas' latest release Slave to Shadows are two of my planned M/M reads for the month of August. I've been saving it for a beautiful summer day and now its time is coming!

You can visit Gavin Atlas here.  Or you can find Gavin at his LJ Blog "No Rest for the Wicked."