My reading momentum is holding. I've read three books this month, but as in January they are books released in previous years. So, I have added a few 2015 releases to my eReader and/or my coffee table, and a couple of upcoming releases I'm looking forward to reading. It's about time! Three of the books highlighted are written by favorite authors Elliott Mackle, Neil Gaiman and Elizabeth Bear. The rest of the books are written by new-to-me authors.

Here are six of my latest additions: 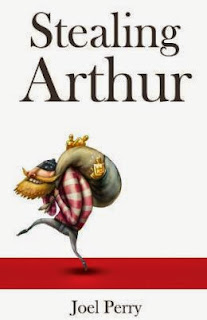 In this hilarious novel based on an actual event, author Joel Perry tells of fifty-five of Hollywood's highest awards--the Arthurs--have been stolen, setting in motion the kind of crazy only turn-of-the-millennium Los Angeles can provide. Intrigue, murder, comedy, sex, romance, celebrity dish, and ultimately redemption play out for characters from Skid Row to Hollywood's Walk of Fame, including all the desperate wannabes in between. In a town where people would happily kill anyone for a part, what would they do for a gilded Arthur statuette?

Joel Perry is the author of Funny That Way; That's Why They're in Cages, People!; Going Down: The Instinct Guide to Oral Sex; and The Q Guide to Oscar Parties and Other Award Shows. 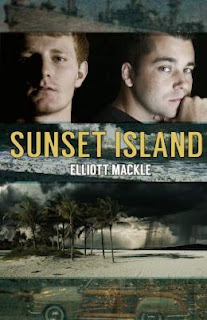 February, 1950. Lee County, Florida. In the freewheeling, celebratory aftermath of World War II, survivors and veterans are starting new lives, resuming old ones, or just picking up the pieces. Former Navy officer Dan Ewing feels safer than any gay man might expect in a segregated, dry county where the Ku Klux Klan is still strong. Managing an ultra-private club-hotel in Ft. Myers with a mixed-race staff, untaxed alcohol, high-stakes card games and escorts of both sexes, he's been acting like he has nothing to lose: business is good and his romantic life is better. Lee County Detective Bud Wright, a former Marine sergeant and Dan's secret lover, is outwardly strong and brave, but uneasy with the knowledge that, every time he and Dan get naked together, they're breaking laws he's sworn to uphold. It's nothing that a few drinks can't get him past, especially when moonlighting as security for Dan's hotel. Both men have their work cut out for them, however, once a hurricane evacuation brings to the hotel wealthy, well-connected non-members who happen to own Sunset Island, a secluded resort fronting the Gulf of Mexico. Their arrival sets in motion a turnover of hotel staff, sensual and sordid seductions, brutal assaults, the discovery of looted art from Holocaust victims, and, of course, murder. After drowned men start washing ashore on nearby beaches, Dan and Bud must set to work unraveling war-related mysteries and exploring the implications of a rapidly changing society in those postwar years. 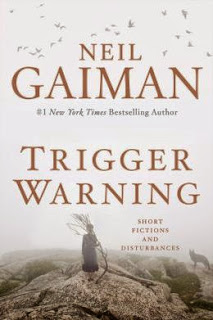 In this new anthology, Neil Gaiman pierces the veil of reality to reveal the enigmatic, shadowy world that lies beneath. Trigger Warning includes previously published pieces of short fiction—stories, verse, and a very special Doctor Who story that was written for the fiftieth anniversary of the beloved series in 2013—as well “Black Dog,” a new tale that revisits the world of American Gods, exclusive to this collection.

Trigger Warning explores the masks we all wear and the people we are beneath them to reveal our vulnerabilities and our truest selves. Here is a rich cornucopia of horror and ghosts stories, science fiction and fairy tales, fabulism and poetry that explore the realm of experience and emotion. In Adventure Story—a thematic companion to The Ocean at the End of the Lane—Gaiman ponders death and the way people take their stories with them when they die. His social media experience A Calendar of Tales are short takes inspired by replies to fan tweets about the months of the year—stories of pirates and the March winds, an igloo made of books, and a Mother’s Day card that portends disturbances in the universe. Gaiman offers his own ingenious spin on Sherlock Holmes in his award-nominated mystery tale The Case of Death and Honey. And Click-Clack the Rattlebag explains the creaks and clatter we hear when we’re all alone in the darkness.

A sophisticated writer whose creative genius is unparalleled, Gaiman entrances with his literary alchemy, transporting us deep into the realm of imagination, where the fantastical becomes real and the everyday incandescent. Full of wonder and terror, surprises and amusements, Trigger Warning is a treasury of delights that engage the mind, stir the heart, and shake the soul from one of the most unique and popular literary artists of our day. 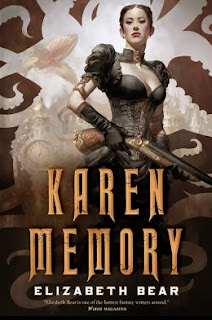 “You ain’t gonna like what I have to tell you, but I'm gonna tell you anyway. See, my name is Karen Memery, like memory only spelt with an e, and I'm one of the girls what works in the Hôtel Mon Cherie on Amity Street. Hôtel has a little hat over the o like that. It's French, so Beatrice tells me.”

Set in the late 19th century—when the city we now call Seattle Underground was the whole town (and still on the surface), when airships plied the trade routes, would-be gold miners were heading to the gold fields of Alaska, and steam-powered mechanicals stalked the waterfront, Karen is a young woman on her own, is making the best of her orphaned state by working in Madame Damnable’s high-quality bordello. Through Karen’s eyes we get to know the other girls in the house—a resourceful group—and the poor and the powerful of the town. Trouble erupts one night when a badly injured girl arrives at their door, beggin sanctuary, followed by the man who holds her indenture, and who has a machine that can take over anyone’s mind and control their actions. And as if that wasn’t bad enough, the next night brings a body dumped in their rubbish heap—a streetwalker who has been brutally murdered.

Bear brings alive this Jack-the-Ripper yarn of the old west with a light touch in Karen’s own memorable voice, and a mesmerizing evocation of classic steam-powered science. 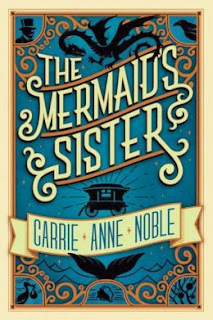 There is no cure for being who you truly are...

In a cottage high atop Llanfair Mountain, sixteen-year-old Clara lives with her sister, Maren, and guardian Auntie. By day, they gather herbs for Auntie’s healing potions. By night, Auntie spins tales of faraway lands and wicked fairies. Clara’s favorite story tells of three orphan infants—Clara, who was brought to Auntie by a stork; Maren, who arrived in a seashell; and their best friend, O’Neill, who was found beneath an apple tree.

One day, Clara discovers shimmering scales just beneath her sister’s skin. She realizes that Maren is becoming a mermaid—and knows that no mermaid can survive on land. Desperate to save her, Clara and O’Neill place the mermaid-girl in their gypsy wagon and set out for the sea. But no road is straight, and the trio encounters trouble around every bend. Ensnared by an evil troupe of traveling performers, Clara and O’Neill must find a way to save themselves and the ever-weakening mermaid.

And always, in the back of her mind, Clara wonders, if my sister is a mermaid, then what am I? 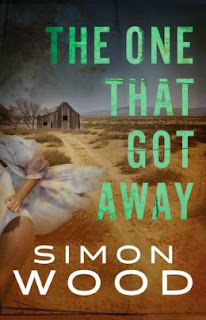 Graduate students Zoë and Holli only mean to blow off some steam on their road trip to Las Vegas. But something goes terribly wrong on their way home, and the last time Zoë sees her, Holli is in the clutches of a sadistic killer. Zoë flees with her life, changed forever.

A year later and still tortured with guilt, Zoë latches on to a police investigation where the crime eerily resembles her abduction. Along with a zealous detective, she retraces the steps of that fateful night in the desert, hoping that her memory will return and help them find justice for Holli. Her abductor—labeled the “Tally Man” by a fascinated media—lies in wait for Zoë. For him, she is not a survivor but simply the one that got away.

With an unforgettable heroine, a chillingly disturbed psychopath, and a story that moves at breakneck speed, The One That Got Away is thriller writer Simon Wood at his finest.