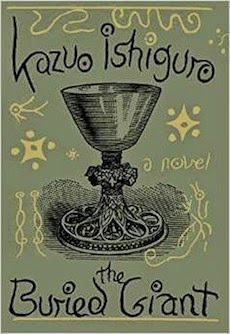 From the author of Never Let Me Go and the Booker Prize-winning The Remains of the Day.

The Romans have long since departed and Britain is steadily declining into ruin. But, at least, the wars that once ravaged the country have ceased. Axl and Beatrice, a couple of elderly Britons, decide that now is the time, finally, for them to set off across this troubled land of mist and rain to find the son they have not seen for years, the son they can scarcely remember. They know they will face many hazards—some strange and otherworldly—but they cannot foresee how their journey will reveal to them the dark and forgotten corners of their love for each other. Nor can they foresee that they will be joined on their journey by a Saxon warrior, his orphan charge, and a knight—each of them, like Axl and Beatrice, lost in some way to his own past, but drawn inexorably toward the comfort, and the burden, of the fullness of a life’s memories.

Sometimes savage, sometimes mysterious, always intensely moving, Kazuo Ishiguro’s first novel in a decade tells a luminous story about the act of forgetting and the power of memory, a resonant tale of love, vengeance, and war. 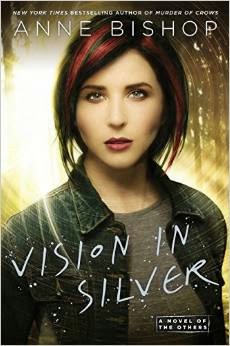 The Others freed the cassandra sangue to protect the blood prophets from exploitation, not realizing their actions would have dire consequences. Now the fragile seers are in greater danger than ever before—both from their own weaknesses and from those who seek to control their divinations for wicked purposes. In desperate need of answers, Simon Wolfgard, a shape-shifter leader among the Others, has no choice but to enlist blood prophet Meg Corbyn’s help, regardless of the risks she faces by aiding him.

Meg is still deep in the throes of her addiction to the euphoria she feels when she cuts and speaks prophecy. She knows each slice of her blade tempts death. But Others and humans alike need answers, and her visions may be Simon’s only hope of ending the conflict.

For the shadows of war are deepening across the Atlantik, and the prejudice of a fanatic faction is threatening to bring the battle right to Meg and Simon’s doorstep… 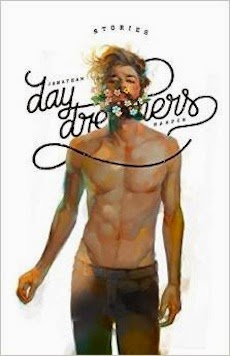 Ne'er-do-wells, prodigal sons, and young men without so much as a clue to their present state of mind let alone their futures are waiting to be met in the stories within Daydreamers, Jonathan Harper s debut collection. But these men are not Walter Mittys everyday life refuses to allow them languor. Whether it be the roll of the dice in a Dungeons & Dragons game played in a hostile, rural bar, the lure of body modification and being suspended in front of a crowd, or discovering a body on the beach, the rough edges of each young man cannot help but be noticed, even admired. And once a young man is admired, he needs to decide whether or not to awaken from his daydreams.

"A catalog of suburbia's petty desolations and meditations on lost chances; Harper makes for a keen archivist of his characters' flawed, unfinished manifestos." --Genevieve Valentine, author of The Girls at the Kingfisher Club and Mechanique.