While posting my thoughts about Jeff Mann's Purgatory: A Novel of the Civil War I noticed that although I read plenty of erotica throughout the year, I have not been posting regularly about my erotica reads. As a matter of fact going through my blog and list of reads, it seems that sometimes I even neglect to list as read some of those books or novellas.

I think I stopped blogging regularly about erotica sometime in 2010?  I'm not sure if this happened because I tend to read this sub-genre in the form of collections or anthologies. I read anthologies slowly (short stories in between other books), and sometimes it takes me so long to finish them that by the time I'm done, I just don't post a review, or maybe it's something else altogether, but I DO read and enjoy them. 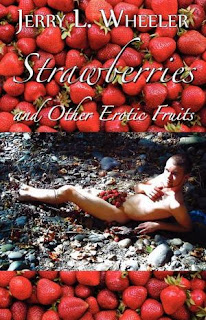 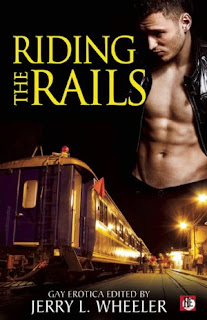 I'm still reading Samantha Kane's Brothers in Arms series. I read the last two books in that series at the end of last year, and I also read my first book by Megan Hart:

The Brothers in Arms series is long and one that I believe tends to be repetitive because in some ways they all end up with the same or similar (M/M/F) type of happy ending. However, those first few books are so good that the whole series becomes addictive, particularly once the characters become familiar and readers connect with them, and that's something that Kane does quite well. She establishes that connection between the reader and her characters. So read on... I know I will!

I also have quite a few books in my TBR and I'm always buying new books (old and new releases).  For example I just purchased two old releases, Between Dances by Erasmo Guerra, a gay Latino writer who has two interesting books (different genres) that I want to read -- this book is a Lambda Award winner for erotica, and Tales From The Sexual Underground by the prolific and ever-popular writer Rick R. Reed.

And I have ménage and het erotica in droves, and a few polyamorous stories too. I have books lying around the house all over the place, plus quite a lot in my Kindle -- some of them are PNR erotica which I tend not to read. I also have a couple of series to catch up on --  Lorelei James. However, I do have other types of pretty raw erotica from authors whose works are well known and others whose works I've never read and whose names I've never heard before. Maybe I'll just post about my erotica reads once in a while again, some of them are pretty wild, while others are tamer than you might expect, and depending on taste, most of them can be lots of fun to read! :D
Posted by Hilcia at 6:51 PM