On this week's Reads 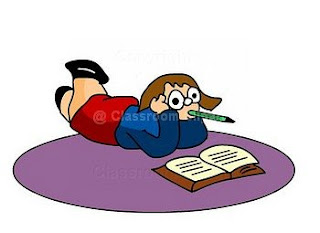 I've been skipping around genres lately, it's my belief that it's good for the soul and my personal mental health. So far, this week, I've been lucky, I've read one paranormal / erotica / sci-fi romance, one paranormal romance and a contemporary romance and I've enjoyed them all.
I started the week by reading Guardian: Time Hunters by Angela Knight. This is the second book in the Time Hunter series and I would say better than the first installment. Warlords and Warfems stories that come from the future and can time travel to our present, or to the past. Time Enforcers fighting a secret war against their enemy, the Xerans.
In the process, while traveling through time, couples meet and fall in lust and in love. In this installment, our hero and heroine are Rianne Arvid and Nick Wyatt. The danger and adventure are suspenseful, the fight scenes are wonderful and so is a mystery that must be solved in the future. But, this is also an erotic book and there are more than a few steamy sex scenes, Angela Knight style. A good time was had by all!
Virginia Kantra's, Sea Witch was a wonderful surprise. I liked the way she used selkies as part of her paranormal world instead of vampires or werewolves, it made for a refreshing change. Caleb, a human, came off as a real hero on this one, and that was also refreshing. It's usually the one with the power that saves the day, and although Maggie, the heroine and a selkie, does use her powers, it's Caleb's courage that won me over.
But the paranormal aspect of this book, although very interesting and well done, was not my favorite part of this book. No, it was definitely the romance. My impressions of this one? Well done paranormal with the main focus staying on the Romance and the central characters.
Next on my list, I decided to change gears and finally read For the Love of Pete by Julia Harper. Now, this book is supposed to be a Contemporary Romance, but I'm re-categorizing it to: Contemporary Romance Comedy of Errors. I don't remember the last time I laughed so hard, while reading a romance book. I loved the interaction between Dante and Zoey and the tension between them was also wonderful.
But, the secondary characters in this book deserve a special mention, Pratima Gupta and Savita-di Gupta, a couple of older ladies from India wreak havoc throughout the book -- of course, they don't mean to -- and some of their scenes are unforgettable. Even some of the inept villains in this book, with their clumsy attempts and their skewed points of view are funny in a dark sort of way. A great light read that made the work week a great deal lighter.
Posted by Hilcia at 7:25 PM