On Weekends and Urban Fantasy 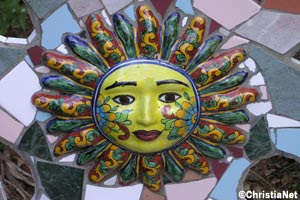 I haven't managed to read much this week, real life has taken over. I'm getting ready for a long awaited four day weekend with family. My younger brother is coming to visit from Orlando and I can't wait to see him. It's going to be a weekend filled with testosterone, talk of Laker's basketball, Yankees' baseball, BBQs and camping. I'm looking forward to it!

I did receive Bad to the Bone by Jeri Smith-Ready yesterday and I started it. I've been looking forward to reading this book ever since I read Wicked Game. Can't wait to catch up with Ciara, Shane and the rest of the DJs at WVMP.

Did I tell you I don't usually read Urban Fantasy? Well I don't. Usually. But, this year I set a goal for myself to read at least three Urban Fantasy series and give them a chance--be open minded about them since I've never been a fan.

I didn't really choose this series, it kind of chose me, lol! I fell in love with Jeri Smith-Ready's writing when I read her Aspects of Crow fantasy series and well... I just had to pick up Wicked Game when it was released. I'm loving what Jeri Smith-Ready is doing with her vampires and her heroine. Different. Now, I'm hooked!

The second Urban Fantasy series I'm reading also chose me. I won an ARC for Angel's Blood by Nalini Singh. I happen to be a huge fan of her Psy/Changling series and just had to give this new series a try. Singh refers to this series as an Urban Fantasy/Paranormal Romance. So far, I would say it is. I love her writing, like the concept and her world building--Raphael the Archangel is lickable and I want him. So yeah, I'm hooked on this one too. Are you laughing at me yet?

My third pick? The Kate Daniels series by Ilona Andrews I chose deliberately. KMont, from Lurv a La Mode has been pimping this series to me forever and since she has yet to lead me astray, I figured why not?

Well my friends, I picked up Magic Bites, the first book in the series and became a fiend! Yes, I did! I couldn't stop myself and just had to read the other two installments one after the other. I devoured Magic Burns and Magic Strikes within a couple of days. I fell in love with Kate, the shape shifters, Andrews' writing style and all that gorgeous mythology. Now, I have to wait a whole YEAR to read more about Kate and Curran. So, yeap! I'm hooked!

Good thing I only decided to read three Urban Fantasy series, don't you think?
Posted by Hilcia at 11:00 AM