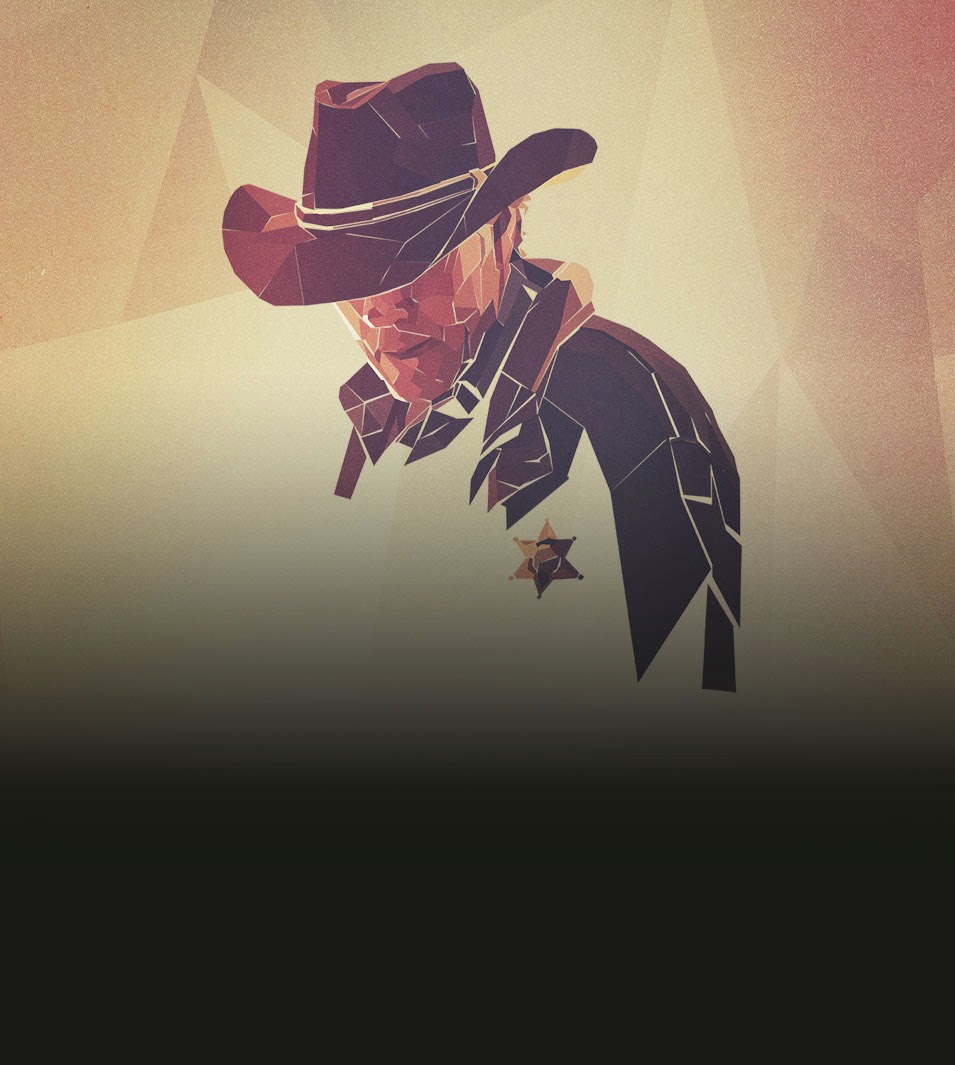 The new season of Longmire kicked off in A&E. The first episode began with a bang! I personally thought it was fantastic and am following the episodes closely. It picked up exactly where last season ended with both Henry and Branch in trouble, and Walt running to save them both. These two story lines are obviously going to serve as this season's overall story arc, with mysteries to be solved by Longmire, Vic, Ferge, and his crew, interwoven within each episode.

Last year I became addicted to both the television program and the original book series by Craig Johnson. The program is based on the books and I became curious and read books 1 through 4 then skipped to book 9 because well. . . I wanted to catch up on a "spoiler" and couldn't wait to find out. I have books 5 through 8 in my Kindle but decided to read them this summer and indulge myself in more of Johnson's fantastic contemporary western goodness. For more about the differences between the television series vs. the books go here.

But there is also a new book by Craig Johnson that released last month.

ANY OTHER NAME (Walt Longmire Mystery #10) by Craig Johnson 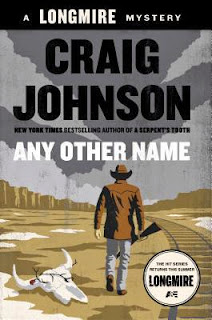 Any Other Name begins as Walt's daughter Cady is waiting to give birth and Walt is due to travel to Philadelphia for his first grandchild's birth. In the meantime his old boss Lucian asks him to accompany him to Gillette in Campbell County to help investigate the alleged suicide of a friend's husband -- semiretired Detective Gerald Holman. The by-the-book Holman was working the County's cold files and his widow, who doesn't believe the forensic reports or the sheriff's assertion that her husband committed suicide, insists that there is some sort of cover-up going on. Lucian warns her to make sure she wants Walt involved in the investigation because “he’s like a gun; once you point him and pull the trigger, it’s too late to change your mind.” And, that's exactly what happens. Once Walt becomes invested in the investigation he's relentless and no matter the results, good or bad, there's no stopping until he's done.

Walt quickly comes to the conclusion that Holman committed suicide. But his question is why? Once he begins digging deeper Walt realizes that Holman may have been hiding information that connected the disappearance of three women, all three investigated as separate crimes. Why would a by-the-book lawman knowingly hold back that kind of information? With the assistance of his Undersheriff and lover Vic Moretti, best friend Henry Standing Bear, Dog, and a rookie from Campbell County, Walt's investigation begins to make sense of the information trickling in until it all takes a dark, unexpected, and dangerous turn. And as the countdown begins to the time when Cady's is scheduled to give birth, the anxiety builds for Walt who won't give up on solving the case or hoping that he will make it in time to get to Philadelphia.

The timeline for solving this mystery is short, a few days, so the pacing is quick and just as relentless as Walt. The bulk of the novel is taken up by the mystery with an anxious Walt trying to find out why a man like Holman would commit suicide while knowing that no matter what happens, he has to be there for over-emotional and demanding Cady. Both the mystery and action are great -- peppered with high octane dangerous situations, Walt's witty narrative, humanity and determination. As in other books, you can count on excellent contributions by Henry, Vic, and Lucian, which are accompanied by a few of Johnson's atmospheric, signature mystic moments. If anything is lacking, in my opinion, it is the lack of page time dedicated for Vic and Walt to discuss the events with which Johnson closed A Serpent's Tooth -- a situation that brought such deep despair to them both.

Any Other Name is another great mystery installment in Craig Johnson's Walt Longmire Mystery series with less of the personal overall story arc involved. Still, I gobbled up this book in one sitting. There's a big revelation at the end of the book that foreshadows what's to come in the next, or in future installments, for Walt. I can't wait to find out how that turns out. If you're a fan, I know you won't miss it. If you're not, I definitely recommend this western contemporary mystery series as a whole.

Review of books in Series:
The Cold Dish #1
Death Without Company #2
Kindness Goes Unpunished #3
Another Man's Moccasins #4
A Serpent's Tooth #9
Posted by Hilcia at 12:14 PM