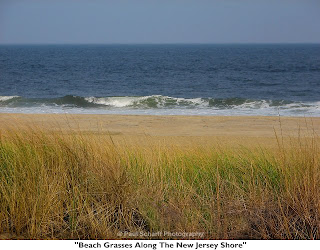 Down to the Jersey Shore I go...
See you all in a week or so. :D
I'm taking a well-earned personal and blogging, end of summer break! In the meantime I'll leave you with my weekly reads post -- it's a long one, so you can take your time reading it. *g* I seem to be on a reading roll this month and don't want to fall behind.

I began my week by reading a few Linda Howard books I have on my TBR pile. My first pick was the suspense romance, Up Close and Dangerous. This was not a favorite. Bailey, a rich young widow in charge of her spoiled adult stepchildren's trustfunds and Cam, pilot and co-owner of the plane, crash on a mountain, survive, find out the plane crash was no accident, and fall in love. This book is more about survival after a plane crash than anything else. The romance was lukewarm at best, there was no real tension or suspense to the story, and the ending was rushed and a disappointment. The characters are likable and there are still moments where Howard's talent for writing great dialogue is present, plus survival details are provided in spades, but hmm... not a favorite. Grade C

Followed up with two short stories by Linda Howard. The first one was Blue Moon from the anthology Under the Boardwalk. In this short, Sheriff Jackson Brody is lured to rescue Lilah, a reclusive woman who's thought to be a witch and might be in danger. His trip down the Southern bayou river, during a hot and humid Summer day will lead him to a lover and murder. This short story was fast, electric and although not quite suspenseful, I thought it was a good short, Summer read. Grade B-

The second short by Linda Howard I chose was Overload from the Summer Sensations anthology. Tom and Elizabeth get caught up and locked down in their office building during a blackout that lasts about 24 hours. These two are ex-lovers but haven't seen each other for about six months. Tom will do anything to get her back, and Elizabeth just wants to keep her control. Well now... this story is HOT! And not just because of the heatwave that caused the overload and the blackout, lol! Overload is basically all about Tom and Elizabeth working out their issues, but Howard doesn't skimp on the sexual tension or the steamy scenes either. Pheww! Grade B

I then switched to some M/M Romance re-reads and kept Mariana company for a a bit longer during her Re-read Month. I began my re-reads with StarCrossed 1: Demon Tailz and StarCrossed 2: Opposite Ends of the Spectrum by Reno MacLeod and Jaye Valentine. Considered Paranormal/Horror the first two books in this series are my favorite and perfect pre-Halloween reads!

In Demon Tailz involving the demon Jace Burton and hunter Cash Rowan is the creepiest of the two. Cash is in pain and Jace is attracted to his darkness. From there a tale of love, loss and horror unfolds. In Opposite Ends of the Spectrum, MacLeod and Valentine continue their series by having a sex demon and an angel fall in love while held captive by humans. Jace Burton again makes an appearance and provides some of the darkness in this installment, as he's not your every day type of demon. However reading between the lines, the real monsters in this story are the humans. I love the thick, heavy atmosphere found in both these books and the pop and sizzle I get from the unexpected. Even when I knew what was going to happen, the suspense was still there... and the shock no less effective. For better enjoyment I listen to Darkness, Darkness by the Youngbloods while reading Demon Tailz, this song is highlighted in the book and the lyrics fit perfectly! Both books, Grade: B+

I continued my M/M Romance re-reads with two lighter romances by Amanda Young: Reckless Seduction and Reckless Behavior. I love a good May/December story and this is a good one. This is the romance between Cody and Dante. Cody is a young man who knows what he wants and goes after it in Reckless Seduction, and I still like the way Amanda Young writes the continuation of their story in Reckless Behavior, there's conflict and doubt between the couple, but it's not over done. Plus we can't forget that Dante is one hot dude! Combined Grade: B

And finished up my M/M Romance re-reads with an all time favorite, Tabula Rasa by Tori Temple. Cowboys, I love my cowboys! Teagan needs a heeler to join the rodeo and Cash is the man. They hit it off between the sheets, but Cash doesn't want more than that. After an argument and a misunderstanding, their affair comes to an end but their partnership continues. After Cash has an accident and suffers partial memory loss, Teag takes him home to his ranch and a real relationship evolves. But what will happen when Cash returns to normal? There's just something about Teagan and Cash that I love... maybe it's the way Teag falls for Cash without meaning to, the hurt and most of all the hope. His willingness to take what he can, while he can have it. I loved this story. Grade B+

I then switched to a category romance and read the fourth installment in Fiona Brand's SAS/Lombard series (2001), Marrying McCabe. I've read the first three books in this series and loved them. This is the story about the sister, Roma Lombard and Ben McCabe one of her brother's SAS friends. Someone tried to kill Roma and her brother Gray hires Ben as her bodyguard. This was one STEAMY book! The suspense was really well done and I enjoyed that part of it. McCabe and Roma fall in lust with each other immediately and then after that it's lust to love pretty quickly. There's a lack of communication between the two that's not quite resolved by the end. But what disturbed me about this book was the way condoms are addressed. Roma seems to have a problem with them... a BIG problem - she thinks of them as "dehumanizing." This condom theme is carried through for a while and truthfully I couldn't put it aside. Condoms weren't portrayed as being the "responsible" thing to do, but as kind of a dehumanizing, icky barrier used as a wall between a man and a woman. Her thoughts on this subject pulled me out of key scenes more than once. Grade C

And finished the week with Truly, Madly by Heather Webber! Review to come...

I'm actually reading a Silhouette Special Edition, Once a Father by Kathleen Eagle at the moment and will also review that book. The hero is a Native American cowboy and the heroine an army sergeant. Doesn't that sound like an interesting pairing? ETA: I saw this book and immediately thought of Wendy's blog post Contemporary Cowboys: The New Black? Check it out, I think it's true! At least I hope so. ;P