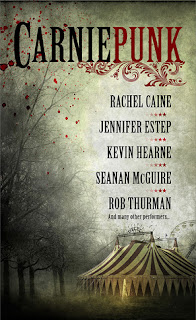 
Come one, come all! The Carniepunk Midway promises you every thrill and chill a traveling carnival can provide. But fear not! Urban fantasy’s biggest stars are here to guide you through this strange and dangerous world. . . .

RACHEL CAINE’s vampires aren’t child’s play, as a naïve teen discovers when her heart leads her far, far astray in “The Cold Girl.” With “Parlor Tricks,” JENNIFER ESTEP pits Gin Blanco, the Elemental Assassin, against the Wheel of Death and some dangerously creepy clowns. SEANAN McGUIRE narrates a poignant, ethereal tale of a mysterious carnival that returns to a dangerous town after twenty years in “Daughter of the Midway, the Mermaid, and the Open, Lonely Sea.” KEVIN HEARNE’s Iron Druid and his wisecracking Irish wolfhound discover in “The Demon Barker of Wheat Street” that the impossibly wholesome sounding Kansas Wheat Festival is actually not a healthy place to hang out. With an eerie, unpredictable twist, ROB THURMAN reveals the fate of a psychopath stalking two young carnies in “Painted Love.”

I'm enjoying this anthology. It has a long list of stories by accomplished urban fantasy authors. Those stories so far are a combination of standalone and short stories related to already established series with carnivals as the central focus, however, they couldn't be more different. Clowns, you ask? I am about half-way through the book and so far no clowns, but the setting gives this anthology a certain dark flavor that I am enjoying. 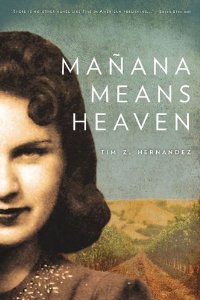 This is a book that got my attention at "The Mexican Girl" and Jack Kerouac. It combines fact and fiction, but I must admit that my curiosity about "Terry's" character or as it turns out, Bea Franco, got the best of me as soon as I read the book summary. So far it is more than worth the read!


Returning to California after eighteen terrifying months in Vietnam, Captain Joe Harding is assigned a trio of duties: assisting his fatherly former commander at base operations, spying on misbehaving bomber pilots and organizing an air show designed to counter the anti-war fever sweeping the state.

Meanwhile, his much younger tennis partner has enrolled at Cal Berkeley, enmeshed himself in pacifist politics and resumed his role as Joe's lover. When a playmate from Wheelus, a one-time fighter pilot now flying for TWA, shows up at Joe's house in Merced, the three men must navigate the joys and difficulties inherent in creating their own sort of ''welcome home.''

Continuing the adventures and misadventures begun in Elliott Mackle's acclaimed Captain Harding series Joe and his fellow officers and men are up against a hot-dogging, risk-taking aircraft commander, a pair of drug-abusing co-pilots and a married administrator with a taste for sexual blackmail. When a Broadway show causes a death in the family, a test flight goes terribly wrong and Joe's honor and patriotism are questioned, he must fight to clear his name and rebuild his imperiled career.

Welcome Home, Captain Harding is the last book in the Captain Harding trilogy by Elliott Mackle. I absolutely love this character, and so far I've loved the first and second books! I'm really enjoying this last book, Joe is still Joe. *g* But, I'm also a bit sad that Joe's adventures are coming to an end.
-----------
What else have I been reading?

I've yet to move on from my summer reading and picked up Summer Lovin' with Chrissy Munder, Clare London, JL Merrow, Josephine Myles, and Lou Harper (Pink Squirrel Press, 2013). This is an M/M Romance collection with five novellas. So far I really enjoyed Chrissy Munder's "Summer Hire" and loved "Lost and Found on Lindisfarne" by JL Merrow. I'm reading this one slowly and in between other books. . . stretching out the summer fun! 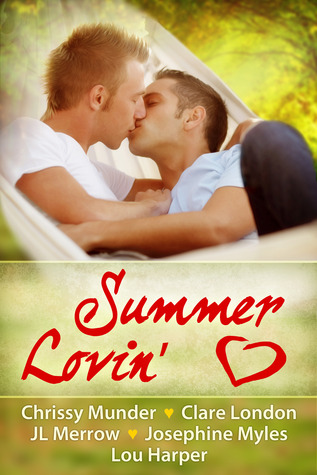 Summer is here, and the loving is easy! Slake your thirst for romance with Summer Lovin'—an anthology for lazy days and summer sunshine.

Go skinny-dipping in a disused quarry. Hang out with the boys in the band. Meet a bad boy made good, and one with a shy smile that hides a dark secret. Or maybe get your heart pillaged by a Viking re-enactor.

The mercury's not the only thing that's rising!

What are you reading?