I hope everyone in the States had a Happy Thanksgiving and holiday weekend with family and loved ones. My monthly reading summary is short. I read a total of 6 books during the month of November. I began a few others that I didn't finish mostly because of poor concentration on my part. The following are the books that kept my attention: 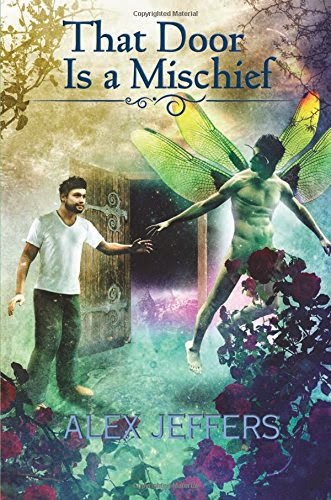 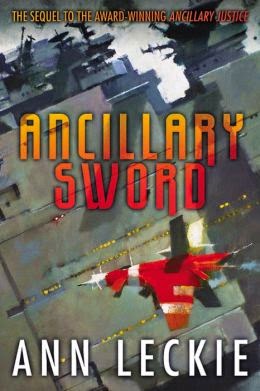 My Favorite Books:
That Door Is a Mischief by Alex Jeffers: A
This gay fantasy about men and fairies obviously hit the spot for me and is an all around winner. Jeffers is an extremely talented writer, hard to resist because he consistently brings on that winning combination of great prose, depth, and imagination to his books.

Ancillary Sword (Imperial Radch #2) by Ann Leckie: B+
Ancillary Sword is the follow up to the one of my favorite reads of the year, Ancillary Justice. I particularly love the tight focus that led to further exploration of character and world in this second installment.

A Place Called Harmony by Jodi Thomas: B
If you are familiar with Jodi Thomas's books you know that both her historical and contemporary romances are filled with warmth that leave the reader feeling great. A Place Called Harmony is a western historical romance that leaves the reader satisfied because of the warmth, love and kindness found in the individual characters, as well as the loyalty and strength found in them collectively as community. I enjoyed this book from beginning to end.

Fair Play by Josh Lanyon: B
I became a big fan of Elliot and Tucker after reading Fair Game, one of my Lanyon favorite reads. Fair Play has a good combination of crime mystery and enough emotional battles between Elliot and Tucker to keep their romance interesting. Elliot's issues with control outside the bedroom and his struggles to understand Tucker's tenderness and love continue. Elliot is such an over-sensitive, prickly, contradictory character! The mystery is particularly interesting as it involves Elliot's radical father and his involvement in 60's politics and anti-government activities. Lanyon lays out the differences in belief between father and son, as well as the reasoning behind violent vs. peaceful radicalism during those times. Overall, a solid installment with a wish that this series continues.

Darling Beast (Maiden Lane #7) by Elizabeth Hoyt: B
Darling Beast is a solid, enjoyable historical romance by Elizabeth Hoyt with plenty of heat. One thought that I did not include in my mini-impressions: I'm not sure where Hoyt is going with the Maiden Lane series. The main thrust of the series has shifted it no longer has that dark, heavy atmosphere, or the everyday characters that I so loved in the first few books. It seems that although there are still non-aristocrats as characters, aristocracy wins the day -- Dukes, Viscounts, Ladies. I will continue reading the series, but, will Hoyt return to the troublesome streets and dirty alleys of London? I can only hope that the wonderful atmosphere that initially won me over will return to this series.

There's Something About Ari by L.B. Gregg: C+
I enjoyed this friends-to-lovers m/m romance by L.B. Gregg. This is a good story about a young man whose best friend ran away and returns home after succeeding as an actor. Of course he still lives at the same address and works at the same place -- his future smashed to pieces when his mother died and he had to take care of his young brother. I like the reasoning behind this couple's separation and lack of communication, as well as how this couple of friends come together. I believe that, for me, this story is a bit short and needs that extra LBG pop and sizzle to make it a personal favorite. Overall, an enjoyable read.
Posted by Hilcia at 11:19 AM