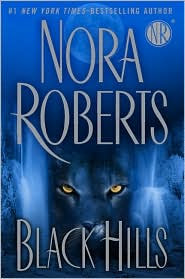 A summer at his grandparents' South Dakota ranch is not eleven-year-old Cooper Sullivan's idea of a good time. But things are a bit more bearable now that he's discovered the neighbor girl, Lil Chance, and her homemade batting cage. Each year, with Coop's annual summer visit, their friendship deepens from innocent games to stolen kisses, but there is one shared experience that will forever haunt them: the terrifying discovery of a hiker's body.

As the seasons change and the years roll by, Lil remains steadfast to her aspiration of becoming a wildlife biologist and protecting her family land, while Coop struggles with his father's demand that he attend law school and join the family firm. Twelve years after they last walked together hand in hand, fate has brought them back to the Black Hills when the people and things they hold dear need them most.

I really did enjoy the relationship between Coop and Lil -- their friendship, banter and snark, all the way from childhood through their young adulthood and later -- specially their love for each other. I thought Roberts took her time developing these characters and their relationship, and it worked in Black Hills. The romance definitely took precedence over the suspense.

These two people come from two different backgrounds and upbringing and those differences, although plain to see at the beginning, become blurred for while. However, those same differences are the ones that will eventually drive these two beautiful people apart. Lil, having been loved and nurtured all her life, has a focus and an assurance about her that give her the drive to go after what she wants. Coop, on the other hand, neglected and bullied by his parents all his life, receives nurturing only from his grand parents and that begins at age eleven. His focus is different from Lil's and their lives will inevitably go in different directions.

I could understand both Lil and Coop's points of view. I must admit to being a bit frustrated with Lil for a bit, until I realized that she just couldn't see things from a logical perspective -- she was still heartbroken and too emotionally involved to do so. Lil having been raised in the safety of a family, loved, secure, and with a focus couldn't quite understand Coop's need to prove himself to his father or to himself. I thought this was a real human reaction on her part and quite realistic, really. How could she possibly put herself in his shoes? She never had the need to justify or prove herself to her parents.

I think I fell in love with Coop and his sad/mad eyes from the get go -- although this phrase did get overused a bit! Coop had to make some tough, very adult and wrenching decisions at an early age. Those decisions seemed to have been just as hurtful to him as they were to Lil. He didn't see it as having a choice at the time, and he chose a tough road. I really liked the way neither one of them was easy on the other -- they let each other have it and it was okay -- loved their dialogue.

There's a whole "childhood gone wrong" theme to this book. The choices made by the different individuals who were victims of this childhood trauma, and how their lives turn out depending on the amount of love and nurturing they received (or not). Coop, Farley and Ethan are part of this overall theme. Lil is the exception in that she's the one with the happy and safe childhood. There's a marked difference in how they make their decisions, how their lives turn out, and the final results.

Nora Roberts does some wonderful work when it comes to the research and details covering both the animal preserve area and the Black Hills of South Dakota -- she makes you want to visit those hills. The family relationships and friendships are wonderful, and the secondary romance in the book is sweet and brings the family and friendship part of the story together.

The suspense was the weakest part of the book. I find this is the case in most of her Romantic Suspense releases. The perpetrator was identified early, and although this didn't make a difference to the suspense, the way it was going to play out also became obvious before the end and that made a difference to me. I found the end to be abrupt--a couple of more pages of Coop and Lil would have gone a long way, in my opinion.

Overall, I enjoyed Black Hills even with its weak spots. I tend to enjoy the romance part of her books more than the suspense and for me that part was enjoyable. I give this one a B

Originally posted at Musings of a Bibliophile on July 13, 2009
Posted by Hilcia at 3:33 PM

Email ThisBlogThis!Share to TwitterShare to FacebookShare to Pinterest
Labels: 2009, Grade B, Musings of a Bibliophile, Nora Roberts, Reviews